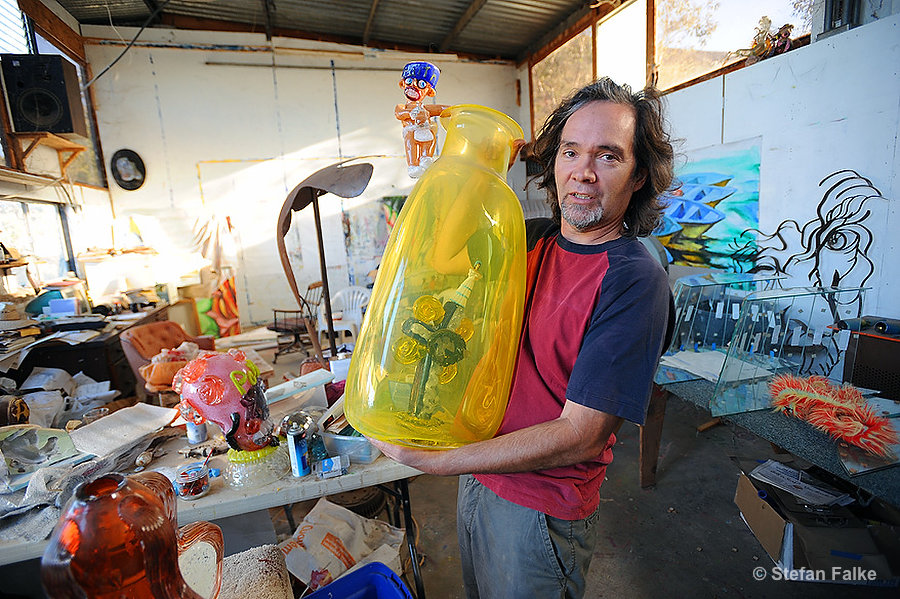 Glas blowing artist Jamex de la Torre in 2008 at his studio near Ensenada which he shares with his brother Einar de la Torre. The brothers live and work on both sides of the San Diego-Baja California border. Their fantastic glas sculptures have been exhibited internationally. The next show is very soon:
Einar and Jamex de la Torre / Microcosmos at Traver Gallery, Sept 6 – 30. Opening Reception: September 6th, 5-8pm. http://www.travergallery.com/gallery_artist_details/De-La-Torre.aspx

“What is the essence of your life as a border artist?”

“The border is used as constant metaphor, it has constructs that defy logic and the resilience of forced surreal juxtaposition. Traversing this membrane becomes part of the vocabulary for artists living this complicated region. We (i collaborate with my brother Jamex) feel this informs our work, adding layer upon layer of texture and meaning(s) to the narratives we assemble.”