Tonight is the opening of La Frontera @ Deutsches Haus at NYU !!

As part of the Literary Mews– a festival within the PEN World Voices Festival– Deutsches Haus at NYU will present “La Frontera,” an exhibition by photographer Stefan Falke, and an artist talk with Stefan Falke and the journalist Claudia Steinberg. 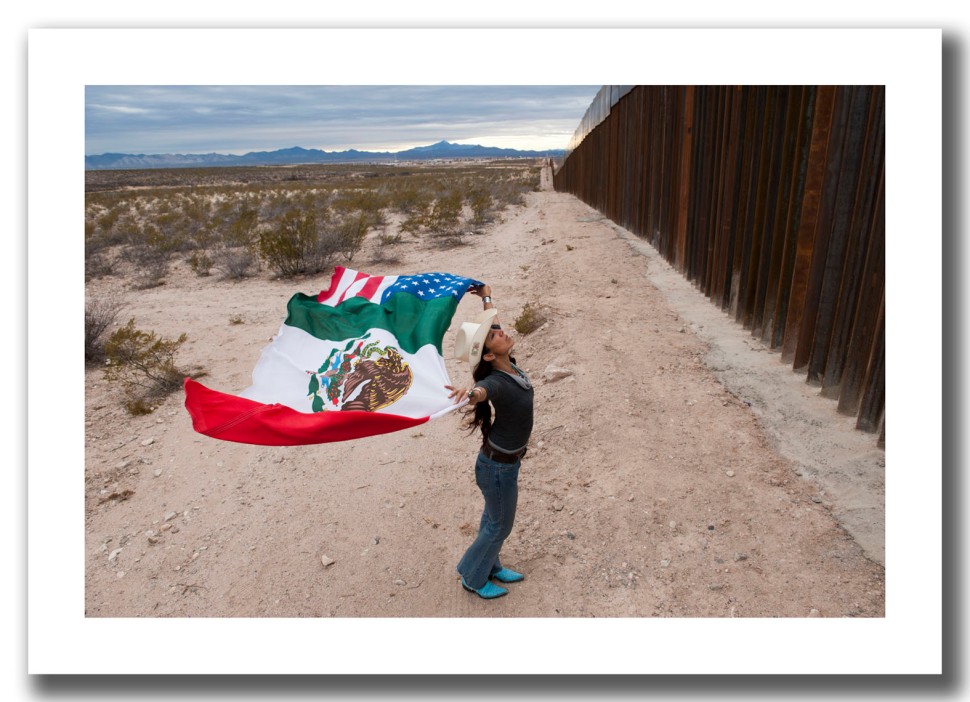 Stefan Falke visited and photographed 180 artists, painters, photographers, musicians, writers, and architects along the U.S.-Mexican border to document the abundant cultural activities in a region that is usually overlooked, or portrayed by the international media as a site of violent crime. The high-security steel fence erected by the United States government along most of the 2000-mile long border did its part to create a psychological and physical barrier. It was important to Falke to capture the cultural activities of the communities along the fence: “Artists are the pulse of a society, and I believe if we ignore the cultural side of troubled spaces we will soon stop caring altogether.”

Please join us for the exhibition opening on April 28 at 6:30 p.m. Stefan Falke will be present.

Stefan Falke was born and raised in Paderborn, Germany. He worked as a photographer’s assistant in Munich and later as a silk-screen printer in Hamburg. He moved to New York in 1985 and later worked as a film-set photographer, mostly for movies filmed in Europe and Africa. Besides working on assignments, he started photographing a long-term project about a stilt-walking school in the Caribbean entitled Moko Jumbies: The Dancing Spirits of Trinidad, which was exhibited at the international photo journalism festival Visa Pour L’Image in 2004 in Perpignan, France, and published as a book in New York the same year (Pointed Leaf Press). Falke became a member of the prestigious German photo agency laif / agentur fuer photos und reportagen in 1999. His book La Frontera was published in Germany in 2014. Stefan Falke has lived in Brooklyn, New York, since 2002.

Since Claudia Steinberg left Germany for New York City in 1980, she has been covering a wide range of subjects like art, travel, design, social issues, and fashion for German publications like Vogue, Die Zeit, Cicero, Kunstzeitung, and Frankfurter Allgemeine Zeitung. She has been the U.S. correspondent for the German architecture and design magazine Architektur & Wohnen since 1999 and has also written for the home section of The New York Times, Surface, and Interior Design Magazine. In 2004 a book of essays on art and food appeared in collaboration with photographer Bärbel Miebach, followed by “The Art of Living”, published by Monacelli Press in 2009. In 2012 she wrote and co-directed a documentary on the New York Waterfront for the French/German television station Arte. Claudia joined photographer Stefan Falke at the U.S.-Mexican border by Tijuana twice, and authored the foreword to La Frontera. She is currently working on a collection of oral histories about life in the Rockaways.