My exhibition LA FRONTERA: Artists along the US-Mexican Border is opening today at  d.i.a., the German-American Institute Tübingen in Germany.

These are the 35 images shown at the exhibition:

Tijuana Mexico ..photographer David Maung at the border fence in Playa Tijuana ..While working on this long term project ‘La Frontera’ I want to examine the cultural and humanitarian activities on both sides of a border that keeps the United States and Mexico apart with a wall of steel already 600 miles long. The turf wars of drug cartels, arms trafficking and rampant kidnappings turned cities like Tijuana into some of the most dangerous places on earth. Despite the violence many brave artists, photographers, architects, poets, humanitarians, teachers etc live and work in the shadow of the wall on both sides and have a positive influence on this region; they are the focus of my long term project along the border. (Over time I plan to cover the entire length from the Atlantic to the Pacific, these images were taken in and around Tijuana).© Stefan Falke 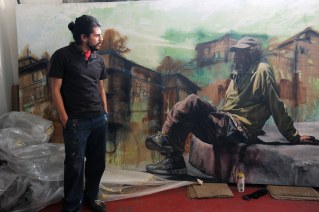 The artist and muralist Alfredo Gutierrez with his portrait of an American homeless man in Tijuana, Baja California, Mexico. Q: “What is the essence of your life as a border artist?” A: “To take the best from two worlds, two realities, two chaos, to have a balance with the entropy that society creates with the idea of creating my own language throughout art.” This picture is part of my long-term project LA FRONTERA: Artists along the US Mexican Border. © Stefan Falke / http://www.stefanfalke.com 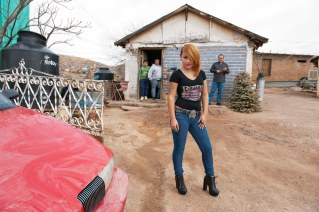 Berenice Sanchez Morales alias Shawa is the lead singer of the family hard rock band REPTIL which was founded by her father and drummer of the band Alberto Sanchez Perales in Nogales, Sonora, Mexico. © Stefan Falke LA FRONTERA: Artists along the U.S. – Mexican Border borderartists.com

The border in Playas de Tijuana, Mexico, on the Atlantic Ocean, as seen from Mexico. Welcome to fortress America. LA FRONTERA: Artists along the US Mexican Border. © Stefan Falke http://www.stefanfalke.com

Cantamo, Reggae and Ska band, at the border fence in Tijuana. ..© Stefan Falke.http://www.stefanfalke.com/..

Painter Carlos G. Gomez teaches at the University of Texas at Brownsville, Texas. Many of his students cross the border from Matamoros, Mexico, every day. Only the Rio Grande (and a very high security fence) separates the two cities. Brownsville, Texas, USA. © Stefan Falke http://www.stefanfalke.com

Border poet and activist Daniel Watman used to organize cross border poetry readings on both sides of the border fence in Playa Tijuana. Since the US built a second high security fence people cannot meet and speak to each other from country to country anymore. He now conducts poem readings with binoculars and sign language.

from left to right: Daniel Rosas, director of El Field, a documentary film about Mexican migrant field workers working in Californian fields; Alejandro Davila, producer; Derrick Sparrow, co-writer, co-editor, sound; .Rosas and Sparrow are at the border fence in Mexicali directly across the street of their office, Alejandro Davilla lives in Calexico and stands on the American side of the border. Calexico, Mexicali, Mexico. © Stefan Falke http://www.stefanfalke.com

Photographer Eduardo Luzuriaga in Boca del Rio on the Atlantic coast at the border to the United States and Matamoros, Mexico. This is the very most North Eastern corner of Mexico. The middle of the Rio Grande marks the border. The river is very shallow here, people walk into it to fish. It is theoretically easy to cross into the US from here, but the US border control on the other side makes this almost impossible. Matamoros, Tamaulipas, Mexico. © Stefan Falke http://www.stefanfalke.com 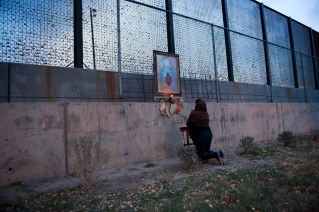 Erica Marin installed her work ” Mis Rezos” at the border fence in El Paso. She is a member of Puro Borde, a cross border group of artists in El Paso, USA, and Ciudad Juarez, Mexico. http://puroborde.org

Glenn Weyant uses the border fence in Arizona to make and record amazing music. Check it out: http://www.sonicanta.com/ http://www.facebook.com/LaFronteraArtistsAlongTheUsMexicanBorder http://borderartists.com

Ireta Israel lives in Matamoros, Mexico, but crosses the bridge to Brownsville, Texas every weekday to work as an architect. He also often exhibits his art in Brownsville. Brownsville, Texas, USA. This picture is part of my long-term project LA FRONTERA: Artists along the US Mexican Border. © Stefan Falke / http://www.stefanfalke.com

Jellyfish Colectivo is a collaboration of 4 artists in Ciudad Juarez, Mexico…from my project: .LA FRONTERA: Artists along the US Mexican Border.© Stefan Falke.http://www.stefanfalke.com/

Melo Nonsense and his murals in Ciudad Juarez, Mexico. Melo’s goal is to cover the entire block where he lives with murals; it used to be a very dangerous neighborhood not long ago. According to Melo he has lost about 20 friends to local violence. His work can also be seen all over Juarez. 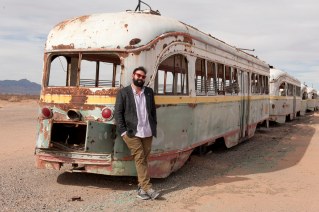 Photographer Peter Svarzbein at the trolley depot in the desert near the airport of El Paso, Texas. Peter has great project going to revive the old trolley line from El Paso to Ciudad Juarez, Mexico.

Architect Sebastian Mariscal used to be based in San Diego, he recently relocated his studio to Boston. He often worked on projects in Tijuana like the Centro de Aprendizaje. 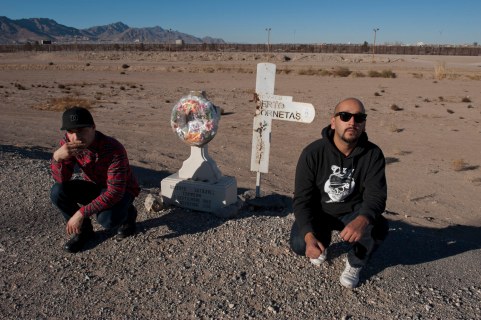 Hip Hop musicians Carlos Juan Avila Felix and Alejandro Neave of Sistemas Vocales in Ciudad Juarez, Mexico. The border fence between Juarez and El Paso in the distance. The crosses along the border are in memory of people who died trying to cross into the US, often swimming through the dangerous Rio Grande, which at this time of the year is completely dried out. Ciudad Juarez, Chihuahua, Mexico. This picture is part of my long-term project LA FRONTERA: Artists along the US Mexican Border. © Stefan Falke / http://www.stefanfalke.com

Muralist Werc Alvarez in front of his mural (90 feet long,11 feet tall) at the entrance to the Stanton Bridge which connects El Paso, USA, with Ciudad Juarez, Mexico. 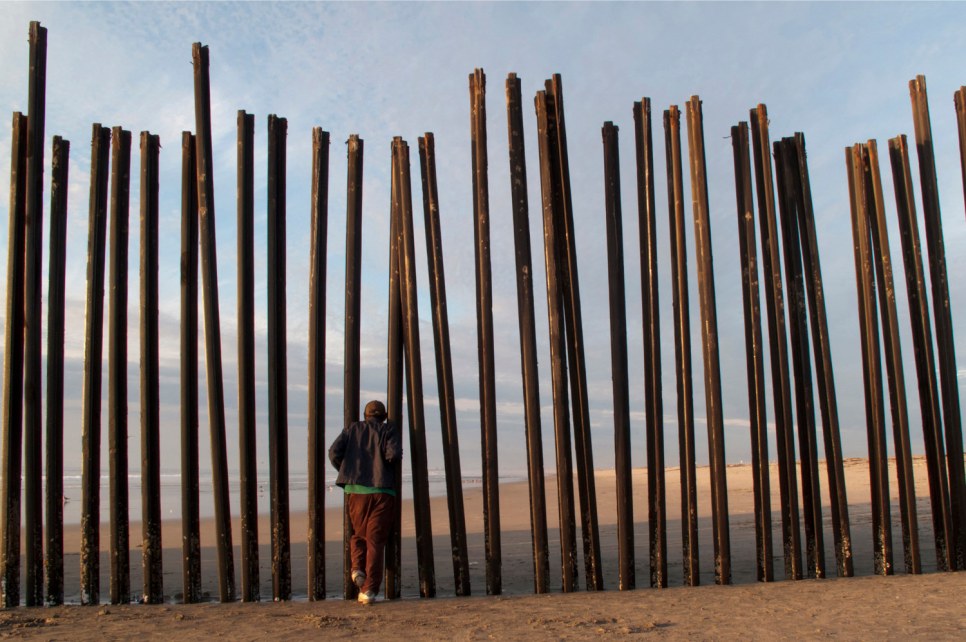