Gretchen Baer, artist and activist based in Bisbee, Arizona, is well known for her colorful oil paintings, crazy art cars, and flamboyantly- themed art, musical and political events. She and her ‘Border Bedazzlers’ (mostly the children of Naco, Mexico), painted one mile of the U.S. Mexico border fence in Naco, Sonora, Mexico.

More about her work on the border fence in this video:

Q: Gretchen, how does living on the border affect you as an artist?

A: “I have always been a big believer in using anything and everything as a public canvas. Turning something that isn’t art into art inspires and empowers people. For one small Mexican town, we turned the border wall into a giant kids mural. The wall represents all that Americans fear about Mexico. The kids of Naco, Sonora, have responded with the world’s longest kids painting of flowers, hearts, suns and colorful kid stuff. Now the wall is coming down and replaced. But love trumps hate.

Build a bigger wall and we will paint a bigger mural!” 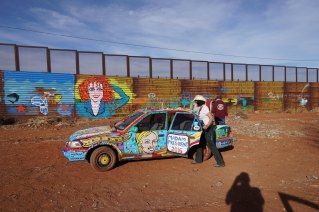 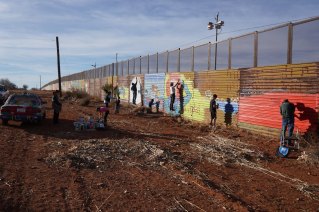 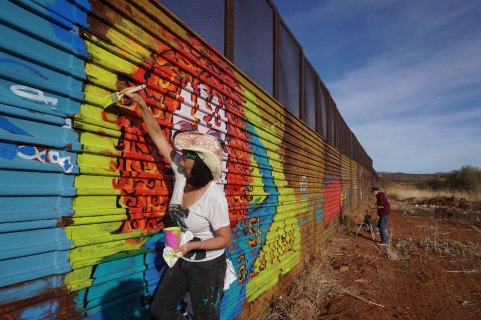 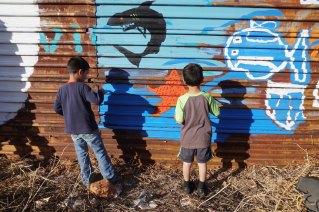 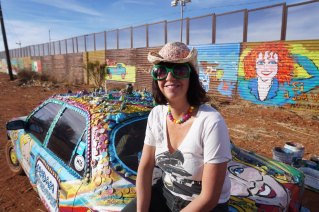 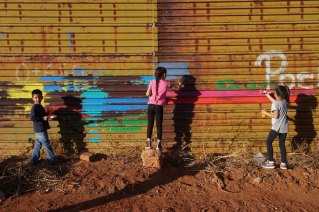 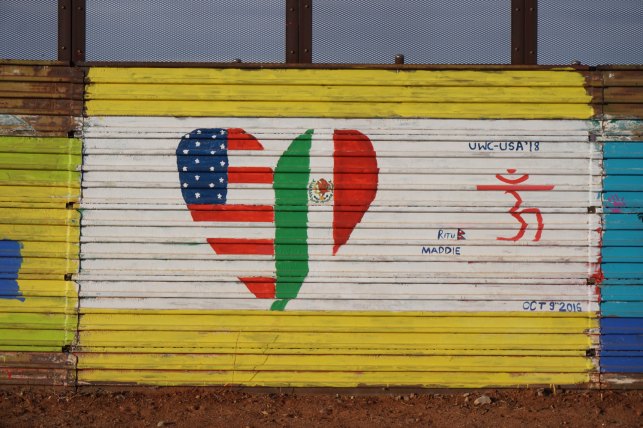 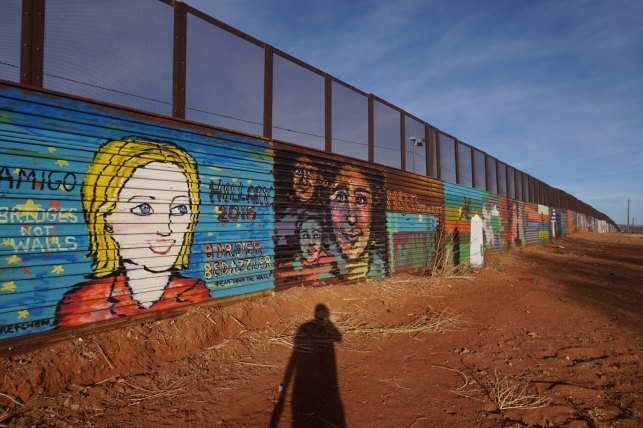 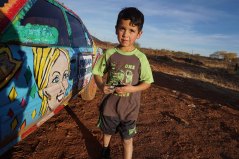 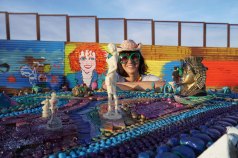 From Gretchen’s Website: “Highlights of Gretchen’s art career so far include four years in an underground guerrilla art group at Massachusetts College of Art, joining Harrod Blank’s tribe of art car artists, spending two years before the mast of a colorful sailing Dragon raft as part of the Floating Neutrino rafting movement, becoming the traveling art ambassador to Hillary Clinton, and painting the U.S./Mexico Border wall with her group, The Border Bedazzlers.

All photos and video on this page by Stefan Falke